Below are two possible notations.  First is a notation that is piece oriented numbering the squares from each player’s point of view.  This shows only part of the notation, it’s extended logically up though BL… from white’s point of view.  From black’s point of view, everything is in lowercase starting with ‘bqlr1’.  At some point I will update this diagram for completeness. 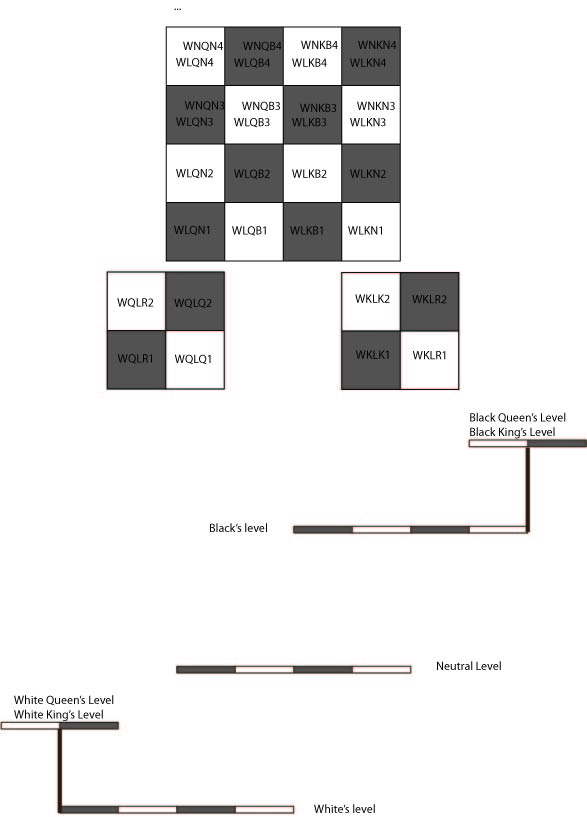 Below shows an algebraic notation for the board in all possible positions.